Kate did my work for me today by posting this wonderful tribute to an Ohio born woman in history! 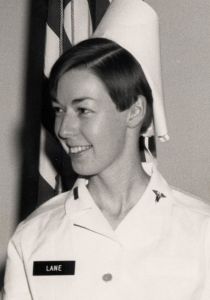 I usually write about ancient women on this blog—women from Classical times—because I’ve always felt like their contribution to history has been forgotten. But I recently came upon the story of another woman, a modern woman, whose story I think has also been forgotten. And I want to share her story with you because I think it deserves to be told.

Sharon was born in 1943 in Ohio. She graduated from high school in Canton in 1961. After high school, she attended the Aultman Hospital School of Nursing, where she graduated in April of 1965. She worked at a civilian hospital before joining the U.S. Army Nurse Corps Reserve in April of 1968.

She received her army training at Fort Sam Houston in Texas, where all…